No more juice in the lemon

“You can’t ask the Guernsey people to squeeze any more out” says Peter Ferbrache in announcing no new taxes and the usual duty hikes also being kept to a small inflationary (RPIX 1.5%) increase.

A new States and a new live presentation, which some viewers confused with a COVID update recognising that briefing tablecloth.

There were several other soundbites we can quote which he and Deputy Helyar used to sum up what we frankly utterly expected in a scene described as the world causing the Bailiwick to suffer a financial crisis. Importantly the recognition for the need to complete the fiscal review.

Deputy Helyar said he'd looked under the bonnet and found simply it’s not sustainable to continue the planned revenue expenditure as taxes cannot be expected to foot those costs. Media questioning whether this was all the previous States fault provided the honesty that the last duo had indeed too warned of what was on the horizon, merely now concertinaed because of COVID.

We’ve set out the detail below of what I have to say is the smallest by a long way of annual tax rises I’ve ever seen.

On the big picture the numbers were always going to look bad. The previous 2020 budget prediction to break even replaced with a forecast £59 million loss and a projected further £23 million loss in 2021. When combined with the ending of transfers to capital reserves also previously planned a total £170 million impact. The 2018 budget recorded projected income of some £432 million and expenditure of £378 million, so a surplus which seems a long distant memory. 3 years later and this budget has only an increased revenues to £461 million whilst costs rise to £470 million.

Interestingly among the detail two changes:

There was always going to be the Aurigny loss just how big, we’re now told £24 million this year.  Whilst we at Grant Thornton can forensically analyse and value companies, plus advise on survival plans, this has in our opinion to be a wholly community wide issue. What does the island want? We could charge every passenger a fortune or we agree we want services.  Our buses run with a subsidy that’s apparently not a loss but accountants might spot it’s the same difference by another name.

Indeed moving money around different States saving jars and saying we have it in the bank or reserves to spend on capital is another accounting sleight of hand but surely one to be welcomed in the current climate when Helyar will use it to get local projects completed, Havelet slip an example being named in the presentation.

Oh and the details had some snippets hidden away not mentioned at the table style presentation, as we always have to find.

For instance those resident only individuals’ cap moving to £40,000 p.a. that's a 33 percent increase wow what inflation. It last increased in 2016 but by £2,500 and the same promise is again made that it won’t change for another 5 years. That still remains a 60% increase from being initially introduced in 2008 at £25,000.

Some technical rules change to help confirm an exemption regarding international pensions, and changes to better interact planned changes of family and children allowances, as well as a day’s count for those unexpectedly stuck here in the spring.

Overall a sensible pause whilst Guernsey weathers this storm, before a new States begins its journey. We think it’s so welcoming to hear the main focus that we have committed to spend more than we can afford meaning at last perhaps the States will really grapple costs?  Finally, on a personal note I do wonder how our local breweries will turn 0.6p a pint into a rounding that isn't what we'd all really want from this budget for Christmas of no increase in a pint. 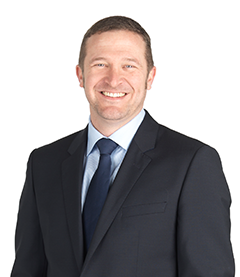