The States today approved the Companies (Guernsey) Law, 2008 (Insolvency) (Amendment) Ordinance, 2020 (“the Ordinance”). It is anticipated that the Ordinance will come in to force shortly, following Regulations by the Committee for Economic Development (the “Committee”).

Background to the insolvency law reform:

Guernsey’s insolvency regime has remained largely unchanged for many years. Whilst it is workable in its current form and, thanks to a flexible and pragmatic Court, is used successfully on many cases; the law suffers deficiencies in certain areas, leading to uncertainty and unpredictability.

Deficiencies in the current corporate insolvency regime include: 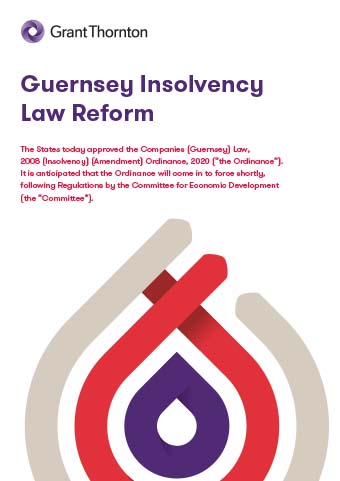