Private equity in the mid-market: reshaping strategies for 2021

With deals coming back to market, four private equity specialists shed light on current deal flow, where opportunities for private equity firms will lie in the future and how they can adapt to realise them.

When the global COVID-19 pandemic stormed across the globe in early 2020, the private equity sector was hit hard. Almost overnight, deal flow fell through the floor, as mid-market funds and advisors from Berlin to Brisbane battened down the hatches and tethered portfolio companies to safety through active portfolio management.

Carlos Ferreira, US national managing partner for Private Equity, recounts his experience at the onset of the US lockdown: “It was St. Patrick’s Day, we were at the peak of our M&A deal count and literally seven days later 90% of those transactions paused, halted or died. It was pencils down.”

“From there,” says Mo Merali, Partner and Head of TAS and Private Equity

UK, “other than the deals that were on the cusp of being closed, since they still made sense, portfolios were divided into three categories: the seriously impacted, such as those in travel, bricks and mortar retail, consumer and leisure; those that had a boost from COVID and were in need of more working capital or cash because trade was moving so fast; and those that fell in the middle, where the full impact was still unknown.”

Similar actions took place in every market. In Germany, according to

Wilhelm Mickerts, Partner and Head of Private Equity, at Warth & Klein Grant Thornton, “mid-market private equity funds used the first weeks of the crisis to not only secure financing, including government-backed loans, but also to improve the operations of their portfolio companies.”

Mickerts likens the pandemic’s impact on the private equity market to that of the 2009 global financial crisis, adding that the industry’s response was decisive in both instances: “Funds were wise back then, as they are now, to take care of their portfolios, so they emerge stronger when market conditions become clearer.”

Where next for deal opportunities?

The initial laser focus on portfolio management was common across the globe, but now that markets are beginning to recover, funds and advisors are assessing the landscape for deal opportunities on the sell and buy side.

Private equity houses are, unsurprisingly, drawn to tech-enabled businesses that can sustain growth through the current – and any future – regional or global disruption. In markets as diverse as Israel and Brazil, deals are being explored and closed in online training and education, telehealth, e-commerce, pharmaceuticals, food-tech, and distribution and delivery, to name a few, says Ferreira. As a result, he says, the US team is also seeing a lot of debt financings for these sectors.

“These businesses are thriving and, alongside their private equity backers, they’re looking for opportunities to reinvest through leverage while interest rates are low,” adds Ferreira.

Paul Gooley, Partner and National Head of Corporate Finance Grant Thornton Australia, says that most mid-market funds there had already “pivoted in their later structures to more tech-enabled businesses” prior to the pandemic. Given that most funds having a solely domestic remit, he adds, Australia is in pretty good stead, with just one to two companies per portfolio – possibly in the travel or hospitality sectors – in poor shape.

For others, the pandemic has boosted performance. “Some e-commerce businesses have seen volumes double,” he says, adding that other segments, such as online education platforms, which have low integration in Australia, are also seeing more deal flow.

Gooley believes that infrastructure – which is earmarked for Australian government spending in 2021 – could also be targeted for technology integration services, opening up even more new opportunities. The same could be true of the UK, where private markets will have a larger role to play in funding infrastructure projects and the related supply chains due to depleted public coffers.

There are other questions relating to the UK, however – notably whether capital gains and corporation tax will be raised substantially in November’s Budget. This could prompt businesses and shareholders to “transact by the end of October and realise their value, so they can bank it at a low capital gains rate,” suggests Merali.

In the US, meanwhile, the Paycheck Protection Program is proving to have a sting in its tail. “PPP money is potentially being recorded as a liability, then subsequently recognised as income,” says Ferreira. “Current deal closing negotiations entail deciding which party will pay for that PPP loan and to what extent the company qualifies for forgiveness. The guidelines for that are continuously changing, and buyers aren't willing to take the risk of assuming those liabilities to the extent they're not forgiven.”

Mickerts says “Mittelstand” target companies still account for three out of four deals they are working on with large corporate and private equity funds. Residential construction in urban markets, home care and the broader supply chain, for example, has been resilient during the crisis and is expected to remain so for the next couple of years, as the country addresses its housing shortage and ageing population.

“The financial needs of German mid-market companies are much more robust than larger companies, with an equity ratio often in excess of 50%,” says the German partner.

“They can withstand a bad year, even a COVID-year, remain innovative and come out with a robust competitive position so they’re still currently attracting investors from markets such as China and the US. Even German automotive suppliers are still attractive to both local and foreign investors. While this would have been inconceivable in the past, we see deals being closed during the ongoing COVID pandemic subject to a 100% virtual transaction process as both investors and their advisors have adapted to the current situation.”

Social distancing, international travel and quarantine measures have forced private equity funds and their advisors to reimagine elements of the deal process.

Merali admits that virtual deal closings can bring efficiencies to the transaction process, but believes virtual deal execution is “still untried and untested”, because private equity funds need to meet a potential new management team eyeball to eyeball to assess them properly.
Merali and Mickerts agree that advisors in Europe have jumped into the breach, taking a more active role in management team character assessment on behalf of their international private equity and corporate clients until international travel becomes safe again.

Social distancing measures have also had a significant impact on the secondary market, where restrictions have made large auction processes unfeasible. A lag in valuation reporting is also a contributing factor. Despite this, secondary buy-outs are starting to pick up and will become more prevalent into Autumn and 2021, as structured secondary opportunities arise for companies with short-term difficulties but long-term potential.

The latter months of 2020 are also likely to see a raft of insolvencies sweep across markets. Among the fallen will be strong core assets, including management talent and patents, which will not only be on the radar for distressed funds, but also mainstream mid-market players that may be advised about an unforeseen opportunity.

Funds looking to bolster their portfolio through the secondary market or to acquire assets in distress will need to keep an active dialogue with intermediaries and entrepreneurs and be ready to move quickly when opportunities arise.

They may also want to look at the experience and expertise of their investment team to ensure they have the right match for the market opportunities. Tech-enabled businesses – especially those in education, healthcare and commerce – will continue to draw interest from funds, as will those involved in digital transformation and cloud implementation. But there will be other sectors – such as construction, infrastructure and manufacturing – whose medium-term potential is tied to the economic weighting and governmental policies of the country they operate in.

In the face of unprecedented and unpredictable circumstances, the mid-market as a whole is proving resilient. Businesses are now re-opening, lockdowns are localised and goods are moving more easily. But as government support and subsidies taper – and we see which enforced changes to consumer and societal behaviours have become a permanent part of a new world – the business landscape will continue to be dramatically reshaped. Each market will encounter its own set of opportunities and obstacles in the months to come, some of which may not yet be apparent.

The private equity industry is at a pivotal moment. Those who see the potential opportunities and respond with agility and innovation to meet them are well-placed to accelerate growth and reap the long-term rewards. For guidance and support across the deal cycle or managing your portfolio, speak to our local private equity specialist. 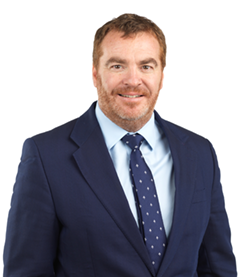